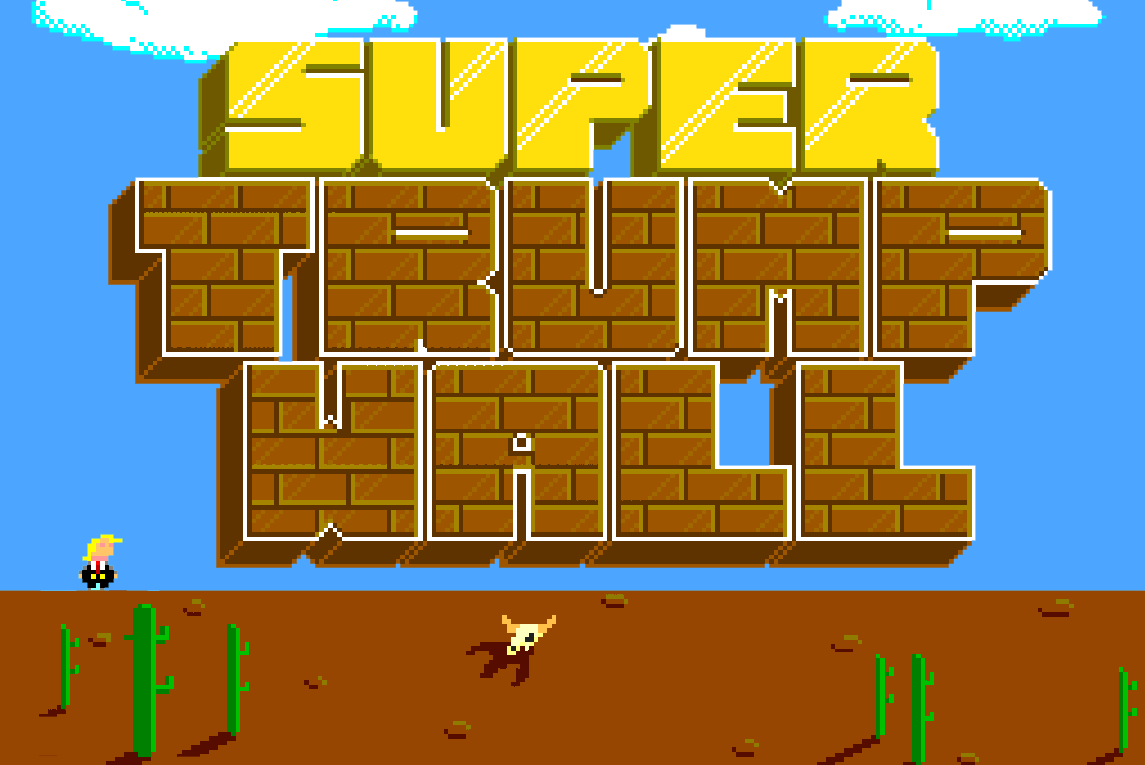 Constructed from millions of little pixels, Scape-It is a tiny, Norwegian, IT company! Also a purveyor of fine 8bit political satire. Did we mention games? 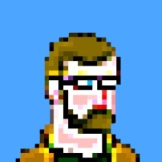 Want to get in touch? Send us an e-mail today! Or follow Scape-IT on social media:

SKALD is a game engine being written specifically for digital gamebooks and interactive novels. The design vision for SKALD has been to create an engine that allows for a strong narrative to be built upon a foundation of classic RPG features (character development, tactical combat, loot etc.) as well as certain rouge-like features (procedural generation). SKALD is being developed by Scape-IT and you can follow the devlog by clicking the button below!

"My fingers are long and beautiful..."

Super Trump Wall is a satircal, retro-style arcade game featuring the eponymus Donald Trump as he attempts to keep America safe from Mexicans, Canadians and democrats. The game features fast-paced and addictive gameplay as you gather bombs to throw at the "invaders" while dodging the pesky bald-headed eagle and racking up a highscore!

"In my White House, we will know who wears the pantsuits!"

Running for president of the United States sure isn't easy! Just ask Hillary Clinton! Help her gather cash while dodging FBI agents through some infuriatingly difficult levels in this NES-style platformer!

The game is super easy to learn: Move using the arrow keys. Collect all the coins while dodging the FBI agents and make it to the open door as fast as possible! This game will, however, have you screaming at your computer! Also: Try to catch the SNUKE! It'll make you all radioactive-like and let you blow stuff up!

Revenge of the Republican Party

"Our zeppelin is loaded for bear!" 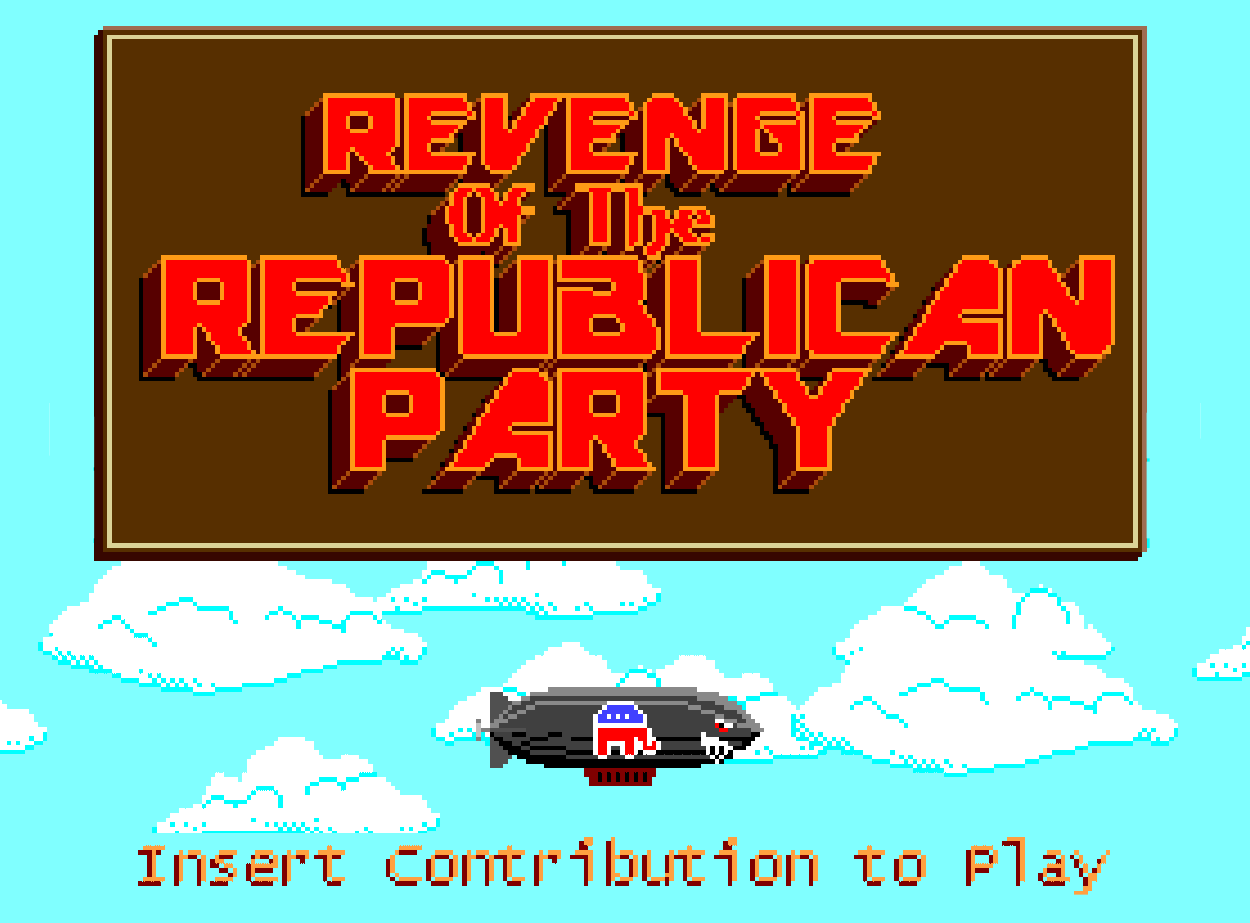 Have you always dreamt about destroying the American Middle-Class? So has The Republican Party! Take controll of their gas-filled zeppelin (an actual zeppelin - not Donald Trump) and blow an American suburb to smithereens!

"They want your brain!" 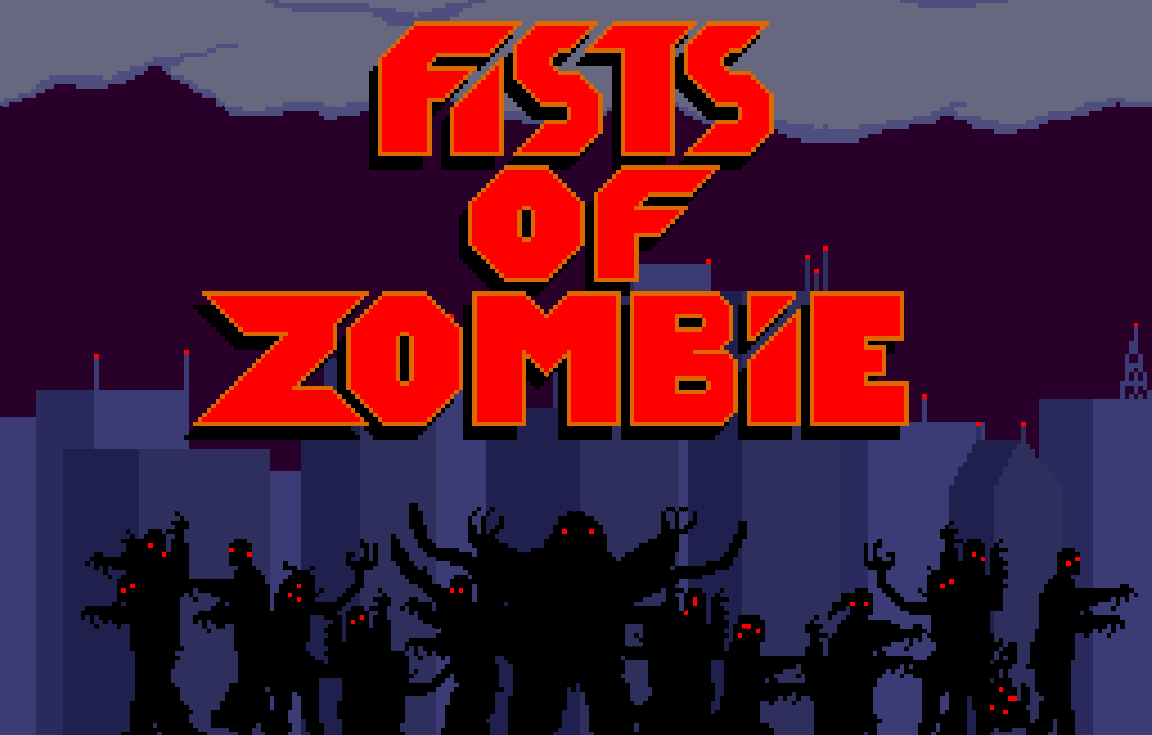 How long can Chuck survive the zombie-apocalypse? Use your fists to plow through hords of undead as civilization crumbles around you! Fists of Zombie (FoZ) is an infinite runner / brawler with retro graphic and music (from classic NES title "Gunsmoke").